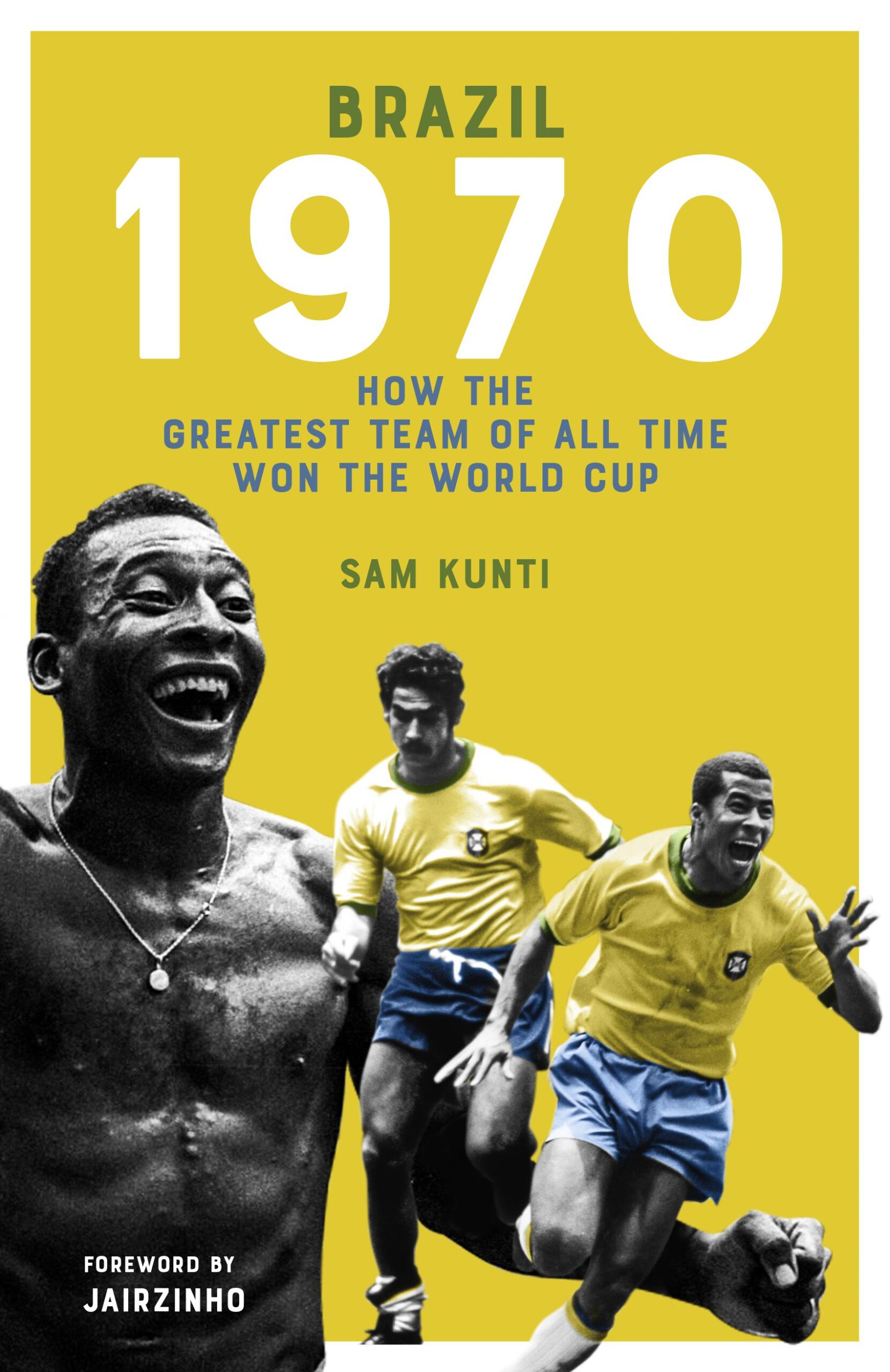 Samindra Kunti is de auteur van het boek over het Braziliaanse team van het WK 1970, het beste elftal ooit. Hij schreef deze tekst over Pelé in het Amerikaanse voetbal voor het vermaarde blad Forbes.
For Angelo Anastasio, an immigrant from Polistena in Southern Italy, June 10, 1975 turned out to be an unpleasant day. On that day, the defender was cut from the New York Cosmos roster. And while no football-minded soul genuinely expressed any interest in Anastasio’s fate, that move signified a seismic shift in the American football landscape. The end of the Stone Age had arrived.

The day before, now-venerated football writer David Hirshey, a rookie journalist for the New York Daily News at the time, had secured the scoop of a lifetime from a source at the Cosmos. The following day, a massive headline graced the entire back page of the Daily News: “Cosmos sign up Pelé for $4 million.”

Clive Toye, the Cosmos’ general manager, had always known that the team needed star power to succeed; no one loves drama quite like New York. With that in mind, Toye embarked on a simple-yet-critical mission to sign Pelé. His manhunt became a global odyssey: Toye chased the Brazilian relentlessly, from Jamaica and Rome to an obscure inn in Belgium. Initially, Pelé courteously rebuffed Toye’s proposals. Real Madrid and Juventus were also anxious for Pelé’s signature, so Toye construed an ingenious sales pitch: Pelé could win a championship with those clubs, but an entire country with the Cosmos. Pelé, in need of money, finally gave in.

With pomp and circumstance–and a bit of Brazilian tardiness as well–Pelé was introduced to the American public at a press conference in the Hunt Room of the famed 21 Club in downtown Manhattan. A row of tables blocked the Cosmos entourage from the 300 shoving and pushing journalists who crammed into the room. Toye turned and said: “Gentlemen, gentlemen, will you please behave yourselves?”

A media scramble ensued. The arrival of a rags-to-riches superstar with a record salary–backed by Warner Communications–presented New York’s media with a sensational new hook. Pelé’s presence was a catalyst to nullify football’s marginality; the sport would finally go mainstream in the US. Suddenly, football’s image of an outward, foreign triteness made way for an aura of sex and rock ‘n roll. Toye’s eyes twinkled, for the final frontier was about to crumble.

The Cosmos instinctively kept manipulating the narrative of American football, even after nabbing Pelé. The franchise reached out to Jim Trecker, who had been inexplicably caught by football fever from at a young age in Connecticut. Trecker worked for the New York Jets in the NFL when the Cosmos unveiled Pelé as its new acquisition. Both franchises had their training camps across the parking lot from each other at Hofstra University. Trecker’s interest almost automatically gravitated towards the Cosmos.

The Cosmos’ motive for attracting Trecker was simple enough: he had handled Joe Namath–who famously led the Jets to a 16-7 win over the Baltimore Colts in the 1969 Super Bowl–for seven years. America’s football superstar created chaos everywhere he went. Trecker was very much prepared for Pelé.

The Brazilian icon brought much needed star power to football in America, while also injecting the Cosmos with a celebrity ethos. The likes of Franz Beckenbauer, Giorgio Chinaglia, and Carlos Alberto Torres would join Pelé in a hysterical three-season roller coaster ride of sports, showbiz, and hedonism that catapulted football into an entirely different stratosphere.

“It was a revolution in American sports and entertainment,” says former Cosmos goalkeeper and current New York Red Bulls broadcaster Shep Messing. “Like lightning in a bottle. The Cosmos captured the imagination of New York, the U.S., and the world. We were the American rock stars of sports, the Galacticos before Real Madrid.”

Studio 54, Cosmos Country, Mick Jagger, and Henry Kissinger–the ultimate groupie–all became part of the fabled Cosmos mythology. Yet Trecker downplays the myth-making. “Were the Cosmos the Rolling Stones?” he muses. “Ahmet Ertegun went to the games in his own private jet. One day he attended the Cosmos, the next day he lunched with Mick Jagger. For Pelé, it was very Hollywood: backdoors and entrances, exits to kitchens of hotels, but not for the others. Pelé just created such mob scenes in the lobbies.”

The mass hysteria surrounding Pelé suited Steve Ross and Warner Communications–who owned the Cosmos–well. Ross was debonair, yet also a cunning and opportunistic businessman. Pelé and the Cosmos became his most powerful marketing arm. The Brazilian’s arrival offered the Cosmos and American football credibility. They were now a viable alternate to the big three of baseball, basketball, and football. Overnight, an obscure underground movement in the grassless wilderness of New York City had transformed a foreign sport into a fashionable cult.

“Football” was no longer an immigrant sport. It had been Americanized, by Toye and NASL commissioner Phil Woosnam. It had become “soccer.”

To see the echoes of this Americanization, one need only look at MLS today, which serves both as a home base for the US Men’s National Team and as a “retirement league,” for stars on the tail end of their careers. David Beckham’s tenure at the LA Galaxy is the closest that US football has gotten to having a mega-star fall into its lap, and even then, it was nowhere near the insanity of Pelé in New York. But the idea that stars could find a final home in the US, that was shaped by one Brazilian making his way to the Empire State, forty years ago.

Forty years ago, on October 1, 1977, Pelé played his farewell match in an exhibition against his old Brazilian club, Santos. He scored one goal and switched sides at half-time. The heavens opened and Pelé cried ‘Love! Love! Love!’ to the 75,646 fans present at Giants Stadium. “It was his day, and everyone was properly respectful,” wrote The New York Times’ Tony Kornheiser at the time. “When the diplomats and sporting celebrities were introduced, they waved to the crowd and remained silent in deference to his presence; even the un-retiring Muhammad All stood mute.”

“I die a little bit today,” said Pelé after the game. “Now I am born again to another life.”