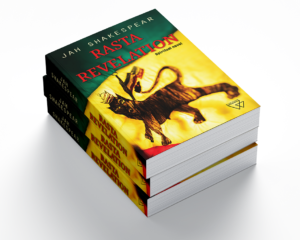 “Rasta Revelation brings the Bible up to date in this thrilling story of life in the dungles and high rises of a contemporary Jamaica, a tale rich in well-drawn characters and insider information, mingling myth and mystery in masterful prose.”
Roger Steffens, author of So Much Things to Say: The Oral History of Bob Marley

‘A whodunnit with a difference, Rasta Revelation is an intriguing reggae murder mystery, exploring aspects of race, social class, gender, and colonialism, against a backdrop of an outsider’s devotion to the music and his grappling with the messages, meaning and contradictions of Rastafari. On the trail of the murderer of his white Rasta colleague, Ras Fire, hapless Belgian journalist Johan returns to Jamaica, via Miami, seeking answers amongst the red herrings, and as the trail leads increasingly towards a Jamaican performer he once managed, Johan gives some deep thought to different aspects of the reggae and Rastafari that has been such a huge part of his life for so many decades, everything coming to a terrible climax in the sacred spaces of Ethiopia, where divine intervention comes into play. Mixing real-life figures from reggae folklore and Belgian hotspots such as the Reggae Geel festival with invented characters in diverse locations, Jah Shakespeare’s «spiritual novel» offers a unique take on the culture of the music and a philosophical look at our post-colonial present.’
David Katz, author of People Funny Boy – The Genius of Lee Scratch Perry

Over Jah Shakespear (aka Karel Michiels) 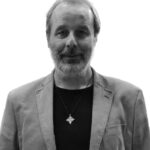 Jah Shakespear (a.k.a. Karel Michiels) is a veteran in reggae country. He’s a DJ, live and on the radio, and has written hundreds of articles and three books on reggae music and Rastafari.